This week is National Stop Smoking Week.   I have worked with many smokers and have some views on smoking that may be useful for those of you who currently smoke and would like to quit.  To this end, I will blog several times this week in order to give you information that you will find useful.

Addiction is defined by compulsive drug-seeking and abuse, even in the face of 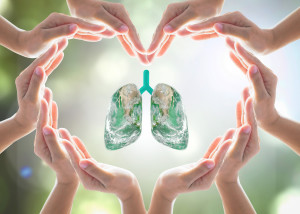 negative health consequences.  Smokers would definitely fall under this category – but what are they actually addicted to, and how are they addicted?  Smoking addiction is in a class by itself, in my opinion.  Smokers assume that they use tobacco products on a regular basis because they are addicted to nicotine.  The truth, however, is that they are not physically addicted to the effects of nicotine. They are addicted to the psychological effects of nicotine.  I first became aware of this fact when a woman who routinely smoked at least 2 packs a day got pregnant.  She immediately stopped smoking for the entire pregnancy with no cravings and no side-effects from stopping.  How is this possible?  If she had been addicted to heroin instead, it would have been virtually impossible without severe physical withdrawal symptoms.

Research indicates that nicotine acts on the brain’s reward pathways – and those involving the neurotransmitter dopamine.  Nicotine increases dopamine in the “reward” circuits.  All the effects that smokers attribute to nicotine are actually the result of dopamine stimulation in the brain.  Nicotine is rapidly distributed to the brain with peak levels occurring within 10 seconds of inhalation.

Nicotine is also rapidly eliminated from the body, so the nicotine-stimulating effect on dopamine is short.  In order to maintain the drug’s effects, the smoker has to take another nicotine “hit”.

The problem with smokers is that they are usually dopamine deficient to begin with – and nicotine makes them feel “good”. The unfortunate thing about most current treatments for nicotine addiction is that they concentrate on the supposed physical

effects of nicotine withdrawal.  Take the patch, for example.  The patch is designed to give decreasing nicotine doses over time assuming that this will allow a smoker to “wean off” nicotine.  The problem with this approach is that it doesn’t give the smoker more dopamine I.e., it doesn’t address the dopamine deficiency.  A chronic smoker will actually experience symptoms relating to “not enough” dopamine  (irritability, craving, depression, anxiety, cognitive and attention deficits, sleep disturbances) rather than nicotine “withdrawal” symptoms. In order to quit smoking, the dopamine deficiency must be addressed.  If we can get the smoker’s brain to make more dopamine or find another way to stimulate dopamine release, then

Stopping smoking can become relatively easy – and I have never met a smoker who really didn’t want to quit.

Until the next installment…

Testosterone burns fat, builds muscle and increases sex drive in men and women.  Testosterone, like most steroid hormones, has a daily rhythm – highest in the morning and decreasing over the day.  It has been suggested that our ability to perform follows the same trend i.e., testosterone levels can predict our physical performance over the day.  A team at Swansea University, lead by Professor Kilduff,  evaluated the effect of training in the morning on testosterone response throughout the day. 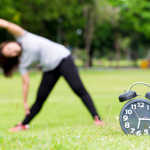 players were divided into three groups:  the control or resting group; the sprint group (5 x 40 meters) and weight-training (bench press and squat) group.  A follow-up saliva sample was taken before the players completed a performance test (back squat and bench press, 40m sprint and jump test).

The results showed the circadian decline in testosterone levels was negated by morning training.  In other words, working out (especially with weight training) in the morning  keeps the testosterone levels from dropping during the day and increases performance in power sports at least six hours after the initial workout.

If you recall in a previous blogs (2 and 3), I mentioned the reasons why maintaining testosterone levels is extremely important for men and women.  Here is a short list:  Increases bone density, decreases cholesterol, helps to prevent Alzheimer’s disease and dementia, prevents and treats depression, protects against cardiovascular disease, hypertension, excess body fat and arthritis, enhances memory and cognition, and protects against Diabetes, Insulin Resistance and Metabolic Syndrome.   Perhaps changing how and when we exercise may reduce our tendency to certain health conditions by maintaining optimal steroid hormone levels.

Exercise, as we all know, has many benefits – and it is recognized to have a positive effect on our mind and our moods.  It is now a recognized way to improve the symptoms

of depression.  The best evidence comes from a review by a team of UK researchers, published in the “Cochrane Database of Systematic Reviews” that looked at 37 studies that compared exercise with a placebo, medication or psychological counselling.

Across this research, more than 2,000 people with depression found exercise to be as effective as antidepressants and psychological therapies for reducing the symptoms of depression.  Researchers noted, however, that there needs to be more detailed research looking at what types of exercise are most helpful for depression, as well as the number and duration of sessions that would help the most.

No matter which way you look at it, exercise is beneficial for the mind as well as the body – as it boosts hormones like endorphins and serotonin….so take a break and take a walk.  Your body and your brain will thank you.  It may turn out that exercise in the fresh air will be better than taking tablets!